Blog - Latest News
You are here: Home1 / News2 / The Gaping Hole in Medical Education on Cannabis

The Gaping Hole in Medical Education on Cannabis

When it comes to cannabis, there is a clear knowledge gap in the medical education system. While scientific research is developing at a blistering pace, medical schools and residencies remain in the Dark Ages. The curriculum has not adapted to the evolving science base. Over 25 years after the discovery of the endocannabinoid system, it still has not become part of the medical school curriculum. Can you imagine if it took 25 years after the discovery of MRSA or HIV to start educating on these conditions in medical school? Or if we started teaching Surviving Sepsis now after its recommendation release in 2002? It is laughable to think it would take 25 years for COVID-19 to be discussed (technically, coronavirus already warranted a mention).

An increasing number of my patients are using cannabis, both for medicine and recreation. As cannabis use rises, so does social acceptance. I see patients over 40 years old in my clinic who have never tried cannabis before but are now curious. Their interest is either because it is now legal or they have seen positive outcomes in someone they know. Many people tell me they are starting to question what they were raised to believe. This is reflected in a recent survey which revealed over half of adults over 18 years old in the United States (about 128.8 million people) have used cannabis at least once in their lives. Twenty-two percent of people in the US (~54.5 million people) have used cannabis at least once or twice in the past year. Of those, about 34.6 million people were regular users, consuming cannabis at least once or twice a month.1 If over 1/5 of the adult population is consuming cannabis, do you think at least a few of them might be your patients?

A 2017 study then reported that patients were using cannabis to replace prescription drugs regardless of legality.4 Yet further research reported primary care physicians were unaware of their patients cannabis use.5The lowest average knowledge scores were for creating effective treatment plans and the similarities and differences between various products. Essentially, physicians were most lacking in education on clinically relevant topics.2

Physicians are expected to put their political beliefs aside and focus on their medical training. In the case of cannabis, we have nothing to fall back on. Whether we like it or not, physicians have been made the gatekeepers of cannabis. While each state varies on the specifics, there is a clear common factor. A physician or medical professional must recommend or in some way give permission for someone to qualify for medical cannabis. With that comes the responsibility of knowing the risks, benefits, alternative treatments, complimentary treatments, indications, contraindications, and potential medication interactions. Patients are coming into emergency departments and primary care settings with questions, and they expect us to know the answers. Parents are bringing their children to their pediatricians to treat  autism, seizures, and cancer. They expect them to know the answers. Patients are going to their obstetricians, rheumatologists, oncologists and neurologists with specific questions for their specialty, and they expect them to know the answers.

Whether you believe cannabis is a helpful therapeutic tool or a plague on society, it is the healthcare practitioners responsibility to stay current on pertinent research. We are fortunate to live in a time when we can go online and educate ourselves. We can stay current on research and journals, participate in online professional communities, and even take comprehensive courses to cover this otherwise daunting amount of information.

Some physicians actively lobby against formal education, citing lack of evidence.7 We all know that both the number of studies as well as the quality of those studies is heavily suppressed by government regulations. As a Schedule I substance with no alleged medicinal value, research is only allowed to be conducted in the strictest of circumstances; and only with low quality NIDA cannabis. Given that the plant is not allowed to be investigated, there is little research available to support its legalization or therapeutic value. Even still, it is odd that there is this pervasive belief that there is no reliable evidence out there. Sure, randomized controlled trials are difficult to come by, and are generally small when done. But we often have to settle for best available evidence, which in this case is growing rapidly.

If you search PubMed for “marijuana” in February of 2021, you would get 35,537 results of articles that met the stringent scientific criteria to be listed (a search for “cannabis” yields 24,417 results). In comparison, sepsis, which was originally described in the ancient scrolls, has 187,448 results. If you limit your “cannabis” or “marijuana” search by randomized controlled trials, there are still 1,119 (while sepsis has 4,841). There are an additional 1,596 clinical studies related to cannabis (sepsis has 8,522). If you filter for meta-analysis, considered by many to be the best option in the absence of large double-blinded multi-site study to guide therapy, there are 261 results (sepsis: 1,330). So, it seems that there actually is some evidence to review. Would it overburden the medical school curriculum to add one journal club review to the schedule?

The fact is, our patients don’t care if there is evidence. They are using cannabis, oftentimes without medical supervision, because it may be helping them. They are not getting the essential guidance they need because medical professionals are improperly trained. While they are taking the initiative to use cannabis, they are turning to their physicians with questions. We, as a medical community, are not prepared to guide them through these important medical decisions.

A 2017 survey reported woefully inadequate education on the topic. Only 10% of residents felt comfortable prescribing medical cannabis, and just 35% felt comfortable answering any questions about cannabis at all. A majority (85%) of graduates reported receiving no education in medical school or residency, which aligned with the 9% of medical schools that had documented content in the AAMC Curriculum Inventory database.6

It may be perceived as problematic to add such a controversial topic to medical school. However, teaching scientifically relevant information to aid in complex decision making is not exactly taking a stance. With the increasing trend in problem-based learning, adding some cannabis aspects to the patient cases would barely take up additional space in the curricula. I still recall the first case we were presented in medical school, a man with Body Integrity Disorder. He wanted you to amputate his healthy leg, and if you didn’t, he was planning on lying it on a track to have it removed. In these cases, once the limb is extracted, the patient feels “complete” or “whole” and does not tend to want other parts removed. It was obviously intended to provoke an ethical debate. Guess how many times in my career a patient has asked me to remove a healthy limb? Never. It was a great case, obviously memorable. But if we have time for this, we have an hour or two for cannabis education.

There is no reason a physician should not be able to offer their patient advice like we would on any other over the counter medicine. I would advise a patient to alternate ibuprofen and acetaminophen every three hours for better symptom control. In that sense, I should be able to advise a patient that a sublingual cannabis preparation will provide longer lasting results than smoking, and lacks the inconsistent absorption seen with edibles.

Medical schools have an obligation to adequately prepare their students for the current health needs of the country. It is not a political stance. The only reason not to teach cannabis in medical school is if one were to believe it is inert. Teaching the topic is not the same as advocating for it. We rarely prescribe alcohol, yet I can not begin to count the hours we have spent discussing it.

We have an obligation to explain the risks and benefits of alternative options. Particularly in this epidemic of opioid abuse, patients are acutely aware of cannabis as an option. Their physician should be able to explain the risks and benefits of the plant as a treatment option. Instead, they shrug their shoulders. Healthcare providers legitimately have no idea if it will help. They have no idea that it has been clearly shown to reduce opiate and alcohol use,8,9 even if it is only because they feel like they feel better. While the overall risks of cannabis use when compared with nonuse are under heavy debate, there is no question that the risk of cannabis is far less than that of opioids or alcohol.10

Furthermore, while cannabis is controversial, the endocannabinoid system is inarguably real. It has a clear impact on our every day function, and likely has diseases associated with it.1 Regardless of someone’s belief on cannabis as a treatment, this robust system should be taught alongside the other neurotransmitter-receptor systems. I would recommend it being taught right after the sympathetic system due to the immense functional overlap.12

Personally, I have made it through an extensive amount of training with barely a mention of the endocannabinoid system. I graduated medical school and never heard the term endocannabinoid. It did not come up in my critical care or neurocritical care training, either. It hasn’t even been discussed in my Integrative Care fellowship despite our extensive coverage of other botanical medications. After a particularly compelling patient motivated me to open a clinic and bypass corporate medicine, I had to learn it on my own.

I researched every online option possible, including those that claimed to teach the art of terpene analysis online. I settled on The Society of Cannabis Clinicians curriculum based on their extensive modules with evidence based lectures (that were never aroma based). Just after making that choice in February 2019, I had a fortuitously timed foot surgery which forced me to sit in a chair for six weeks. Since I’m terrible at doing nothing, I went through the courses twice. It was after that I joined the organization hoping to be a part of their mission to further cannabinoid research and education. They have since revamped and updated the curriculum with the most current available information.

I emerged with a new limp and an extensive knowledge of the endocannabinoid system and its role in maintaining homeostasis. I also learned how it could be used for potential targeted therapy. Not only did I learn the science behind the practice, I learned the practical application. In fact, I am now a professor of cannabis studies at DePaul University and Oakton Community College. It was then that the true knowledge gap became apparent. The medical education system is failing both physicians and the communities they serve. It is our responsibility to dismiss the politics and social perspectives and review the evidence. And when appropriate, lead the change. 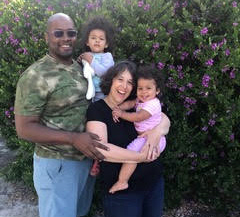 Dr. Sarah Mann is a physician board-certified in Internal Medicine, Critical Care Medicine and Neurocritical Care; she will be eligible for board certification in Integrative Care Medicine in 2021. She divides her critical care time between the ICU and the Mindful Medicine Clinic, which she founded. She is heavily involved in cannabis education, including curriculum development and teaching, with several higher-level educational institutions.

This 5-course package covers the essential science on the endocannabinoid system, botany, pharmacology, laboratory analysis, and the dosage and delivery of medical cannabis.
$249.00

This 12-course package expands upon the knowledge from the Basic package, giving the user a deeper understanding of medical cannabis education that addresses specific clinical conditions.
$588.00

The full collection of all 23 modules in the SCC Clinical Training Courses spanning essential science to cannabis therapeutics in clinical practice for specific conditions.
$1127.00

A phase 1b randomised, placebo-controlled trial of nabiximols cannabinoid oromucosal...
Scroll to top