Blog - Latest News
You are here: Home1 / Inhaled Marijuana and the Lung

Inhaled Marijuana and the Lung

Although vaping has recently increased as a mode of inhaling marijuana and has been associated with numerous and sometimes fatal cases of acute severe lung injury, smoking remains the most common method of inhaling marijuana and has been studied more extensively. Smoking marijuana has been shown to produce modest but significant short-term bronchodilation both in healthy subjects and in those with asthma. Long-term effects of habitual marijuana smoking include the following: (1) symptoms of chronic bronchitis (increased cough, sputum production, and wheezing); (2) modest effects on lung function in cross-sectional studies (no significant decrease in FEV1 but mild reductions in FEV1/forced vital capacity ratio, an increase in forced vital capacity and other lung volumes, reductions in specific airway conductance, and variable effects of maximal midexpiratory flow rates and diffusing capacity); and (3) variable effects on age-related decline in FEV1 in longitudinal studies. Most cohort and case-control studies have failed to show that marijuana smoking is a significant risk factor for lung cancer despite the presence of procarcinogenic components in marijuana smoke, although further study is warranted. The question whether marijuana smoking is associated with asthma is unclear and requires further investigation. Although delta-9 tetrahydrocannabinol, the principal psychoactive component of marijuana, has immunomodulatory properties that hypothetically could increase the risk of pneumonia, the few available studies in marijuana smokers have failed to find an increased risk of pneumonia in immunocompetent users, although effects in immunosuppressed individuals have been variable. 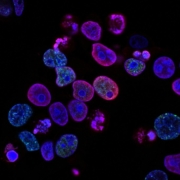 A Comprehensive Review of Cannabis in Patients with Cancer: Availability in the USA, General Efficacy, and Safety

Marijuana and Myocardial Infarction in the UK Biobank Cohort

Use of Medicinal Cannabis for Palliative Care Patients: A Systematic Review

Marijuana use and its effects in pregnancy.
A Case Series of the Role of Cannabis Based Medicine in the Palliative Care... Raising awareness: The implementation of medical cannabis and psychedelics used...
Scroll to top