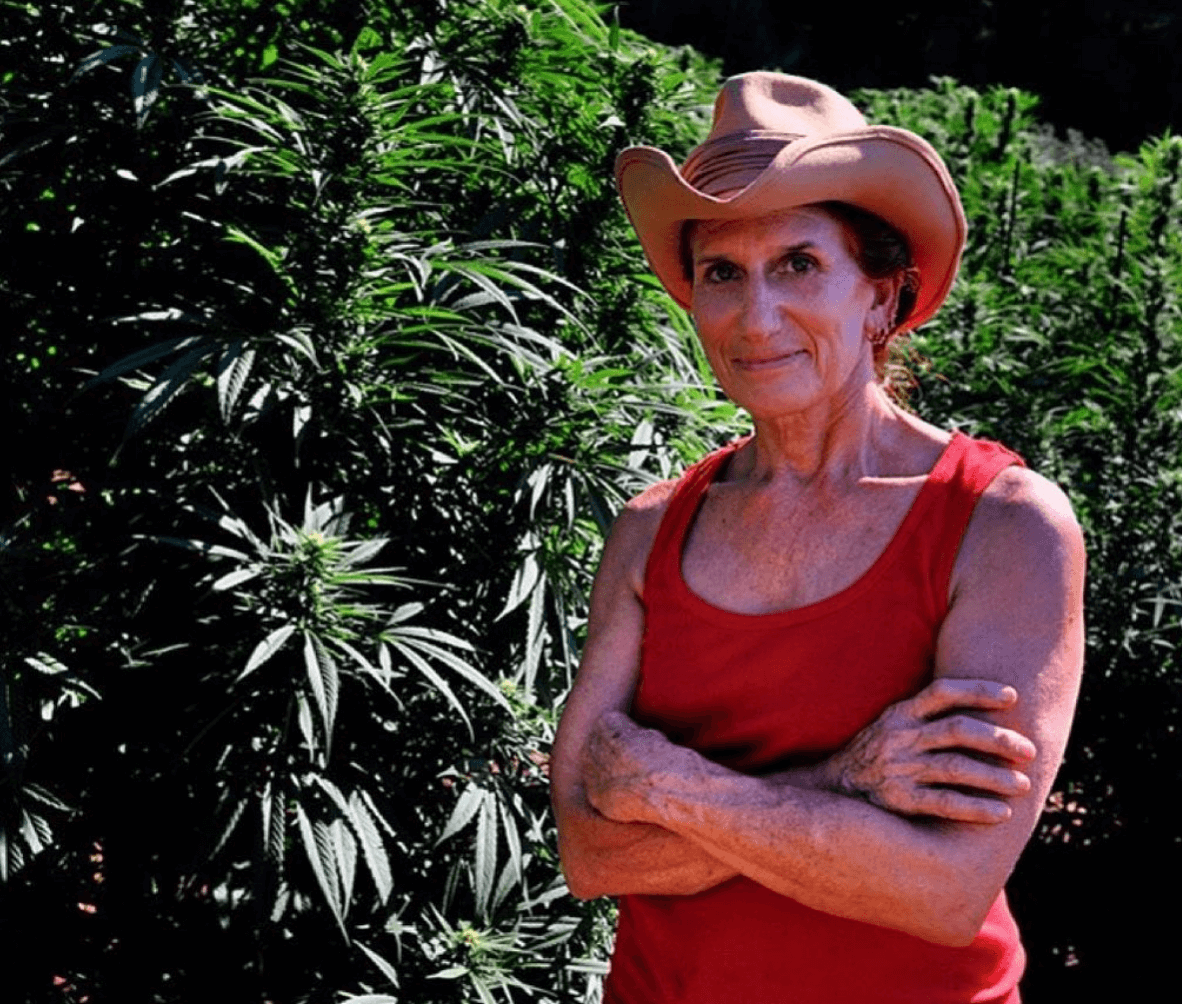 Before the deadly virus hit the United States, the Society of Cannabis Clinicians had invited Valerie Corral to give a talk via Zoom at their March quarterly meeting. The timing could not have been better because Corral —the longtime director of WAMM Phytotherapies, helps people overcome serious illnesses and, when they can’t, to meet death with support. (Watch the meeting recap)

WAMM Phytotherapy’s approach, Corral said, is “to administer whatever medications they ask for to abate their suffering. We explain everything we’re doing and embrace their path, not our own.” Ram Dass once told her, “Don’t take your expectations to another person’s death” and Corral still has to remind herself to heed his advice. “If he hadn’t told me, I would have heard it from many people who were dying and scolded me for doing the wrong thing,” she added. Over time she has learned to “listen more deeply.”
Corral shared four case studies:

• Gloria, 66, was diagnosed with follicular lymphoma soon after the death of her daughter, who was murdered. She began radical chemotherapy. Gloria was very isolated and depressed and was advised by her therapist to contact WAMM. She had not been a cannabis user but began using a CBD-rich oil as an adjunct therapy to chemo, working her way up to a 52 milligram/day dose. She remained progression-free for two years, which is not uncommon. She became more outgoing and involved with other WAMM members. When she entered into a hospice program, Valerie went to her home to spend the last few days of her life with her. She began administering 1-2 milligrams of morphine with intermittent applications of an 18:1 CBD/THC cannabis oil under her tongue. The goal was “trying to stay ahead of the pain, trying to mitigate it before it became too intense to her.” She requested reduced Dilaudid and Oxycodone. Gloria was given minor amounts of morphine and THC every 4-5 hours, which enabled her to be relatively free of pain. On the last day of her life, she was very calm. Her breathing relaxed and she had enough presence of mind to resolve her grief over her daughter’s death. She had an awakening and entered into a peaceful state. It was a remarkable transformation.

• Ali, 66, had HIV and Hep-C . He had done AZT, antiretroviral therapy, and interferon. Then he developed hepatic carcinoma. He went through a barrage of chemotherapy. It didn’t work. He continued using his HIV cocktail. He began using a small amount of THC and within 30 days worked his way up to 350 mg/day plus 30-40/mg of CBD/day. He experienced significant tumor shrinkage and his mood improved greatly. He increased his intake to almost 650 mg CBD/day. He had no emesis, no problem ingesting that much. Many people do. After 18 months he was up to 700 mg THC/day and 35-70/mg of CBD. He took other pain medications, too. Three weeks before his death he decreased his THC to 350 mg and eliminated Dilaudid and oxycodone. Three days before he died Corral began administering the THC and CBD in small doses throughout the day, and small amounts of morphine. Five milligrams or less. He had a beautiful death with friends reading poetry he had chosen, by candlelight. Ali was read Laura Huxley’s last words to Aldous from the Tibetan book of the Dead. He died peacefully.

• Bonnie had uterine cancer that metastasized to her lungs in 2015. She had undergone radiation and chemotherapy. She did a great deal of herbal dietary supplements and used a daily high-dose probiotic. She was a physically energetic person. She was not used to THC didn’t like ingesting it. She did 25 to 60 milligrams/day, never more than 15 mg at a time. Most people do not get high when the dose is increased slowly day-by-day, but she did, so we explored the use of suppositories. We delivered 50 mg of THC by suppository and she did not get high. She used CBG for anxiety and morphine for pain. For the last two weeks, as she was succumbing to death, Coral increased her dose of CBG and gave her a very low dose of THC. She had a great deal of pain and her morphine was increased on the day she died. That day she was still clear-headed and could laugh. She was able to interact with her family and quell some of the tensions that had existed between them and within her. Corral reported, “Not every death appears to be a success in terms of my expectations. You never know what’s going to happen in that last moment.”

• David was a 70-year-old man with esophageal cancer stage 4. He smoked cannabis but didn’t want to ingest it. He wanted to stay present and ride his motorcycle. All through chemotherapy he never stopped joking and laughing. Corral reported he was full of love, kindness, and humor, a remarkable character. David entered into hospice for the last 45 days when the pain became unbearable. That’s when he engaged with cannabis. Corral’s team increased the CBD over 30 days to 250 mg. No other allopathic medications were used. In the last 10 days, and especially the last three days, he was given more regular small doses of morphine plus THC (5-10 mg). The combination which seemed to have a very strong anti-pain effect when used in combination.

Some quotes from Corral’s Q&A with SCC members:

An SCC member asked, “How can you give medicine away for free?”

Valerie’s response: We found somebody who was willing to help us. The Bureau of Cannabis Control provided a $500,000 equity grant to Santa Cruz. The need for helping people does not go away no matter what laws come about. WAMM has often had to bring people into our community by attrition. We are grandfathered in by Santa Cruz to grow almost five acres of cannabis. We are one of the few organizations that actually qualify for that grant. When that money comes through, we’ll do non-storefront retail so we can deliver to folks. That’s imperative. It’s more important than a meeting place for folks. We’re not able to build out a dispensary. It’s so expensive and I can’t imagine spending all that money when we could be serving people. We have to think of new ways to create community and invite community. It is imperative to remember that some of our members are poor people who do not have access to computers and the Internet. They couldn’t attend a meeting like this [via Zoom]. We’re also trying to build out a small production facility so we can work more specifically growing the kinds of medicine we want to provide to people in small batches.