Blog - Latest News
You are here: Home1 / News2 / Report from House of Representatives Hearing “Cannabis Policy – For The... 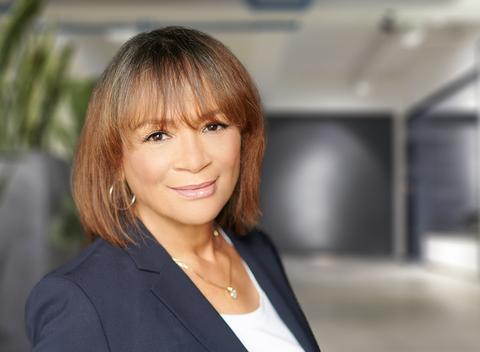 On Wednesday, January 15, 2020, I attended the House Energy and Commerce Committee at the United States House of Representatives for a hearing entitled “Cannabis Policy – For The New Decade”. I was initially slated to testify during the Subcommittee on Health’s hearing, but at the last minute, they decided to limit the witnesses to:

The discussion pertained to bills:

There was strong bipartisan support for medical cannabis and lessening the barriers to research, which was the actual focus of the hearing.  All three witnesses acknowledged to varying degrees, the benefits of medical cannabis as did several southern state members like Carter, R-GA, Griffith R-VA (who sponsored one of the bills), and Burgess R-TX. Another surprise was Joe Kennedy (D-MA) who has in the past been in ardent opposition to cannabis legalization. Burgess, an OB-GYN, raised concerns about the increase in use among pregnant women.

Not too much was discussed about social equity issues. Although a couple of Democratic representatives brought it up, it was not discussed in detail. Cardenas (D-CA) reminded the witnesses of the need for ethnic and gender diversity in clinical trials and Dr. Volkow made rather compelling testimony addressing the adverse effects of incarceration on the developing brain.

There was strong support for eliminating the constraints that impede clinical research by either rescheduling or amending DEA rules, and making cannabis that is used in the community more accessible for research by expanding available sources or through rescheduling to CSA ll. There were several, however, who voiced reservation or opposition to full de-scheduling, at least before more adequate clinical research was done.

Also, the application process for growers has changed and those who have already submitted applications will need to amend, but not resubmit, their applications. Applications for CBD will be returned, and fees refunded now that CBD has been removed from the CSA. There is now nothing in the way of doing clinical research with hemp-derived CBD.

A very interesting fact was learned – that the DEA has the power to reschedule a drug by petition. The example given was that a physician petitioned that hydrocodone be rescheduled from CSA lll to CSA ll, just by asking them to do it; and they did!  I wonder if anyone has asked…

Volkow, naturally, was quite focused on the risk of cannabis-induced psychosis, and the adverse effects of neurodevelopment in the developing brain.  Carter (R-GA) voiced concerns about the relationship of THC use to suicide. Volkow did a fair job of establishing that there was not necessarily a causative relationship with suicide but failed miserably to elucidate that with regard to psychosis; so, I wonder if there is new data to which she was referring. She seemed to be more in tune with the “chicken or the egg” issue when it comes to schizophrenia and psychosis when I spoke to her one-on-one after the hearing, but the members missed the opportunity to hear that.

She also brought up THC vape pens but failed to elaborate that the issue was due to unregulated, contaminated, black market vaping cartridges or do-it-yourself vaping apparatuses.

Other concerns voiced by several members (Carter, Burgess, and a couple of others) pertained to driving and the inability to prove impairment by laboratory testing– all under the impression that cannabis was now contributing to an upsurge in MVA fatalities; another incentive to make it easier to do research.

There was also a bit of misinformation with regard to cannabis being a “gateway” drug. She mentioned the fact that drug users use cannabis because it is readily available, which may have blown by the members, but she failed to mention that prescription opioids were the real gateway drug.

They all seemed to be most moved by personal stories shared by members like Griffith (R-VA) who spoke of physicians in rural VA turning a blind eye to family members bringing flower to the hospital for a dying loved one and Kelly (D-IL) who shared a personal story as well which was related to pain relief for a family member.

If any of you live in districts that are represented by these committee members, I urge you to send in your patient success stories and opinions and/or balanced data on the issues of driving, suicide, pregnancy, adolescents, and cannabis as a gateway to abusing other drugs.

Patricia Frye M.D. is the Medical Director of Takoma Park Integrative Care and is on the Board of Directors of the Society of Cannabis Clinicians.

Patricia Frye, MD reviews the current research addressing the pathophysiology of Autism Spectrum Disorder (ASD) and how endocannabinoid signaling and chronic neuroinflammation are implicated in the symptomatology associated with this condition.
$49

The Impact of Medical Cannabis on Intermittent and Chronic Opioid Users with...
Scroll to top