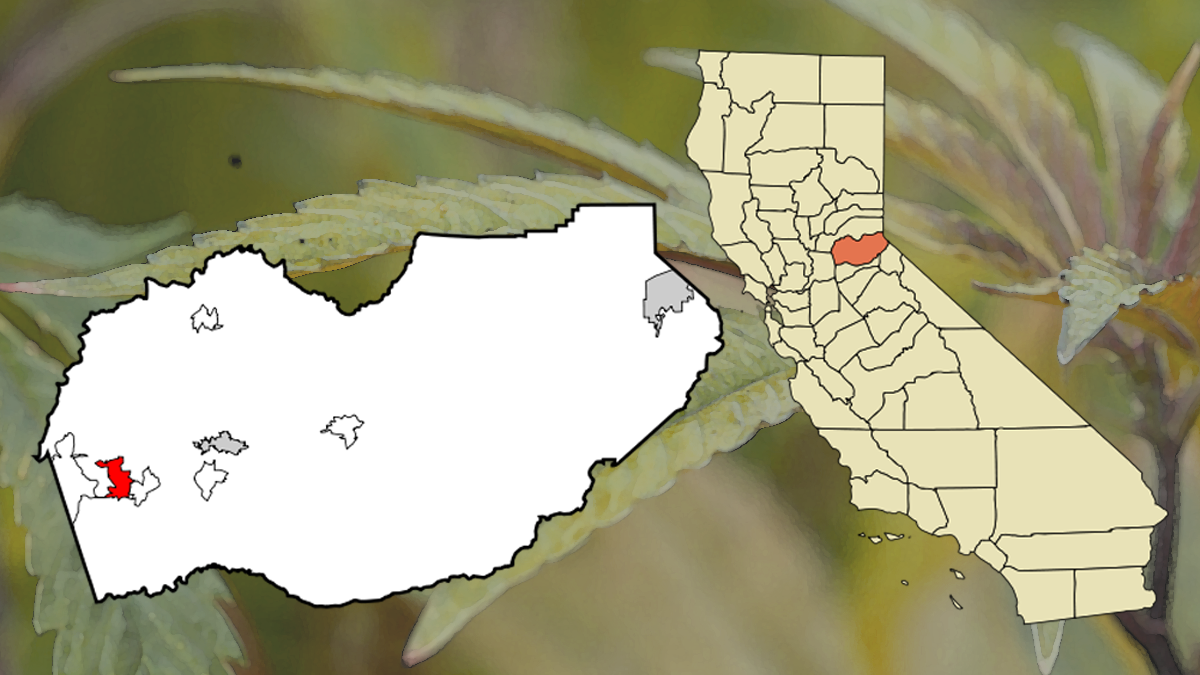 Since 2004, Bobby Eisenberg, with his wife Daisy, has been managing a small clinic in Cool, California, a town in the foothills west of Sacramento. In recent years, Beverly Mikuriya, MD, or Leif Rasmussen, MD, have been driving from the Bay Area to El Dorado County to see patients at the clinic once a week. (Sales for recreational use are not legal in the county.)

The patients, Eisenberg says, “are seriously ill people who want to sit down with a real doctor. They have tremors from Parkinson’s disease, epilepsy, cancer; many are chronic  pain  patients trying to get off Norco, Vicodin, morphine, et cetera.” Some have been referred by Dr. Robert Sullivan, who closed his Sacramento practice in 2019. Some older patients have waited this long for the stigma to recede before consulting a cannabis clinician.

Over the years Eisenberg has worked with El Dorado officials to develop regulations that recognize a patient’s right under Proposition 215 to grow as much cannabis as their doctor authorizes. Now, however, the planning commission wants to impose a six-plant limit at a meeting scheduled for April 9.

Eisenberg has written to the commission and the Board of Supervisors:

There’s no doubt that El Dorado County has a problem with illicit commercial cannabis farms but as I’ve stated year after year, it’s not the patient gardens that are causing the problems. This is the very reason we moved to square footage restrictions and not plant counts. We have 200sq. ft., 400 sq. ft. and 600 sq. ft. gardens based on parcel size and patient care. These gardens are not contributing to the illicit market. These are “not for profit” gardens that were created to protect the patients rights under the law in California while working with law enforcement and the community to provide guidelines to protect all concerned. Most of our patients are surviving on social security, disability and workman’s comp as their only source of income.

The price of cannabinoid medicines went up after so called legalization, not down, so it doesn’t matter that there is increased availability at the dispensaries if the prices make the product unaffordable. Most patients simply can’t afford to buy it and the fact is most of the patients have been growing their own for 10, 15 and 20 years here in our County without any problems and they’ve found particular strains that work for them. There are over 2000 different cannabis varieties that have been hybridized and available, but not necessarily at any of our local dispensaries. There are newer varities in the last 10 years that offer lower THC and higher CBD profiles thus making them less psychoactive (high). These are not as easy to find which is another reason patients need to be able to maintain these strains which would require the ability to maintain mother plants. It’s more complicated than many people realize.

I understand that the Sheriff is upset and I don’t blame him one bit but taking punitive action against the sick and disabled is not the answer yet that is what is being proposed. The patients feel as though they are being punished for the behavior of criminals.

South Lake El Dorado Narcotics Enforcement Team (SLEDNET) guidelines years ago allowed for 20 plants in the spring cutting back to 10 plants in the fall, no square footage restrictions. We’ve always started with twice the number of plants that a patient would hope to end up with. Even SB420 guidelines permitted 12 plants in the spring cutting back to 6 in the fall. This is due to the fact that patients who start from seed or clones may lose plants to bugs and weather and in the case of seeds, sometimes those plants end up as males. It’s the female plant that produces the flowers that yield the trichomes or resinous glands that contain the highest quality medicine. The males are pulled up as soon as they’re identified so as to not pollinate the females. The pollination causes the production of seeds in the female plant which takes energy away from the production of the medicine, simply put.

As I have stated, I’ve had the pleasure of working with many Board members through the years on these matters and the general consensus has been that the compromise we reached with the square footage restrictions has been workable. There is no reason to back away from the structure we have in place. To do so would truly create hardship for many more people than you may realize. Patients don’t generally publicize the use of their medicines.

It’s also somewhat offensive to our patients to be compared to recreational users. Most medical cannabis patients require much more cannabis than a recreational user. The majority of patients seen at our office are moving away from smoking it on our Doctor’s advice and instead are utilizing the medicine in an edible form or as a topical application which requires more plant material than the requirements of someone who only smokes it.

Another reason for concern on the part of the patient community is that we have multiple patient households and 6 plants per property will not cover these families. It just wouldn’t be fair or humane to take the benefits cannabis provides away from patients who have legally grown, possessed and utilized this healthful plant for decades in El Dorado County.

Six plants is state law for recreational users. I do not believe that it was the voters intention nor the intention of Proposition 64 to restrict the patients ability to cultivate and possess the amount of cannabis determined appropriate by the patient’s Doctor. There has been leeway provided to cities and counties to allow for more than 6 plants in the case of medical patients, not less.

This is why our current ordinance provides the best of both worlds for all concerned. Law enforcement can surely determine the difference between a small medical grow and an illegal commercial garden. The illegal gardens are not complying with the ordinance and they never have, but we don’t throw the baby out with the bath water.

The patients with valid recommendations do comply, for the most part. There will always be bad actors but they should not be allowed to negatively impact the lives of those who do comply.

I ask that you please consider your constituents who truly rely on your understanding and compassion at this time.

On March  26, after Gov. Gavin Newsom called on Californians to practice social distancing, Eisenberg wrote to his office seeking help in delaying the April 9 meeting of the El Dorado planning commission:

There are hundreds of patients in the county who want to attend this meeting and we’ve had meetings over the years with standing room only crowds. I’ve contacted the planning commission and the Board of Supervisors asking them to postpone this meeting for the safety of all involved but they are refusing to do so.

While I’ve explained that the majority of patients are dealing with compromised immune systems and are among the last people that should be gathering at this time, the patient community and those of us who support them find this to be unacceptable and downright dangerous.

The medical cannabis cultivation ordinance discussion is not a life and death decision that has to be made right now. We actually have an ordinance that has been tremendously successful and supported by the last two BOS. The problem we have in this county with illegal grows is that there’s been a lack of enforcement against the large illegal commercial grows and now the sheriff wants to reduce everyone to recreational amounts.

I would greatly appreciate some guidance from Governor Newsom’s office and possibly some help in getting… this item agenda postponed until such time as we are able to gather safely.