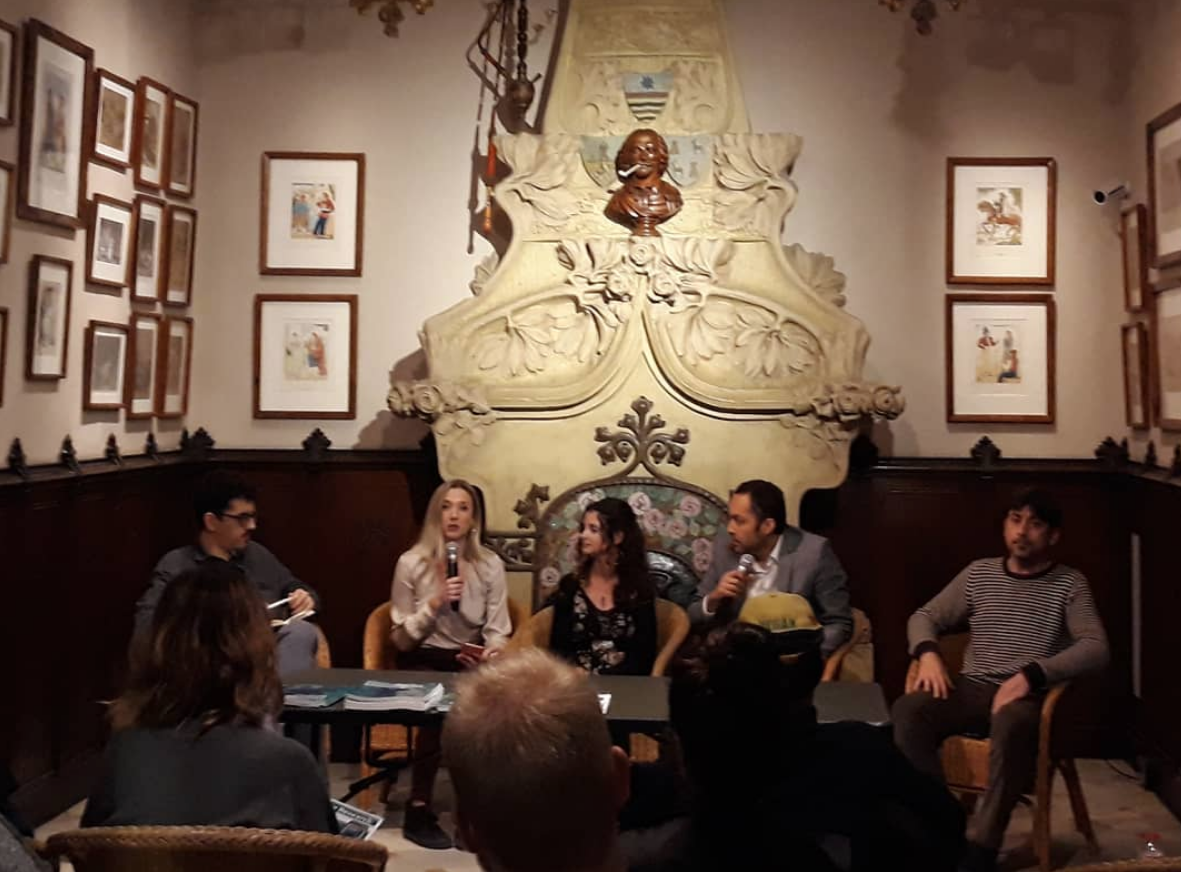 By Sarah Russo and Christine Milentis

Medical cannabis laws throughout the world are as varied as the compounds within the plant itself. There is a vast difference in patient access from one country to another, and even within the same country (The United States being one such example). Due to differences in country-specific legislation and public acceptance, medical cannabis programs will vary. The question of an ideal model comes into play: what would we envision as the best option for international patient access?

This was the focal point of an event held in Barcelona, Spain on March 12th, 2020 at the Hash, Marijuana & Hemp Museum, a few days before Spannabis, Europe’s largest cannabis-related gathering. The Medical Cannabis Models Worldwide: What to Learn and Avoid? event was hosted by SCC in collaboration with the Cannabmed faction of ICEERS, a non-profit organization dedicated to educating the public on psychoactive plants and shifting the perspective on botanical medicines through rigorous research. The event was discussion-oriented and solution-focused, including various representatives of the local cannabis movement in Spain as well as clinicians and activists from around the world.

The interactive discussion inspired medical professionals and patients to share resources, learn from collective experiences, and connect with the community to move projects forward. The event served as an opportunity to unify people that generally work in isolation. Patients often feel disconnected from the general public because the medicine they use is stigmatized. Likewise, academic institutions and the scientific community contribute to the isolation of clinicians practicing cannabinoid medicine by not recognizing the scientific data and clinical evidence supporting these treatments. A common denominator across the world is a lack of clinician education, which contributes to the fear of prescribing and recommending cannabis to patients.

Cannabis is unique from typical single-molecule medicines and is becoming increasingly recognized for its healing attributes across the globe. The event addressed various topics relating to the “growing pains” of medical cannabis laws in different countries and regions, and the importance of elevating clinician and patient voices in policy development. The SCC is dedicated to building bridges within the global community and has formed an International Committee specifically to focus on how best to share resources and experiences between clinicians worldwide.

The event started off with a brief introduction by Òscar Parés of ICEERS who presented the first panel of participants, including Christine Milentis and Sarah Russo of the Society of Cannabis Clinicians, Kenzi Riboulet-Zemouli, an interdisciplinary researcher and international advocate for sustainable drug policies, and Julián Caicedo of Anandamida Gardens in Colombia.

Christine Milentis outlined a brief history of the SCC and shared responses from the organization’s membership on advice for developing cannabis regulations. Some of the recommendations were as follows:

Milentis highlighted the mission of SCC to educate clinicians and to support policies that protect doctors’ rights to discuss medical cannabis with their patients. The SCC practice standards and policy position may be adopted by other models internationally. 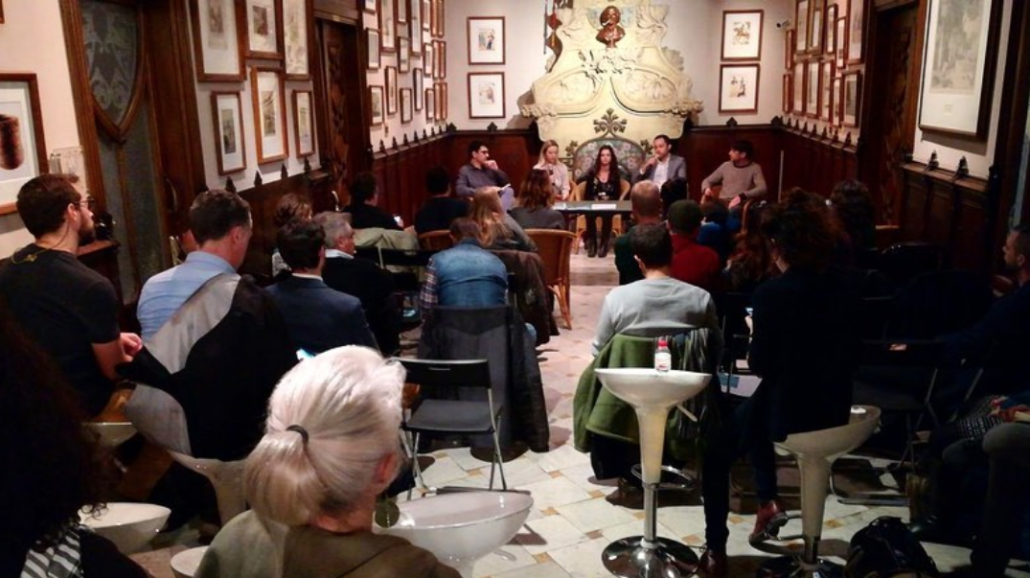 Sarah Russo offered some idealistic visions for the future of cannabis medicine. Firstly, a diversity of products should be accessible to patients, including the cannabis flower itself. She advocated for the importance of inhaled cannabis for its quick onset and easy titration. She also mentioned avoiding “CBD only” laws that limit access to what patients may need. THC is a beneficial component for many conditions and the therapeutic importance of psychoactivity for some people cannot be downplayed.

Russo also mentioned the topic of self-cultivation as an important way for patients to have a reliable source of medicine, connect directly with their healing, and how gardening can be a tool for managing PTSD. She advocated for sustainable cultivation practices, using regenerative agriculture as a means to cultivate cannabis in a safe way that leaves the earth in a better state than in which it was found. She also highlighted the importance of social justice and equity in the cannabis space, indicating that black people and Latinx folks are 10 times more likely to be incarcerated for cannabis  than their white counterparts. People who have been imprisoned for cannabis have a criminal record that makes it more difficult for them to get involved in the regulated industry, such as obtaining dispensary permits or becoming producers.

Julián Caceido analyzed some of the advantages and disadvantages of medical cannabis law in Colombia. He said that the regulations include whole plant extractions and the ability to conduct research with patients. Self-cultivation of up to 19 plants is allowed, as is the exportation of seeds and final products under the Colombian program. A downside to this model is that the flower isn’t readily available to patients. Also, the pharmaceutical model of the law makes many interested parties unable to participate due to high operating costs. As is the case in other countries, banks are often not supportive of cannabis businesses and conducting standard operating procedures can be challenging. Caicedo mentioned the booming interest of cannabis in Colombia and that it is important to remember that while the plant can be a fantastic medicine, it isn’t a miracle cure.

Kenzi Riboulet-Zemouli explained how the World Health Organization (WHO) has recognized the use of cannabis as a medicine, and has encouraged more research and advocated for its therapeutic use. He outlined a future international law framework proposed by WHO, that if adopted, would allow for a comprehensive approach of medical cannabis policies and programs. This could include a diversity of formulations and products being provided via a dispensary or other type of access point. The WHO is working to pinpoint key elements to consider for a medical cannabis program.

Riboulet-Zemouli also discussed the importance of identifying local and endemic cannabis chemovars from specific bioregions in the world and unique manufacturing processes which are often linked to traditional knowledge. He also mentioned that biopiracy and misappropriation of Intellectual Property are common in the cannabis industry. This should be prevented to ensure that countries with a rich history of prized cannabis varieties are not at risk of being exploited.

The second round of panelists included Dr. Mery Peña Guzman of the Kalapa Clinic in Barcelona. Dr. Peña consults patients on the use of cannabis and shared the challenges of advocating for the plant as a physician. She stated that international unity creates a stronger movement by incorporating perspectives that share the same underlying science. This also allows for local implementation that recognizes the nuanced contexts of different regions. 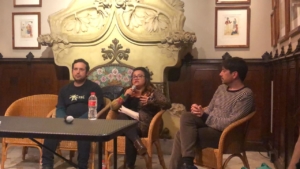 Dr. Guzman meets regularly with the Spanish Endocannabinology Clinical Society (SEC) to exchange clinical experience, share scientific knowledge, and empower health care professionals with evidence-based research to treat patients. Medical cannabis in Spain is not currently regulated and is not recognized by authorities as a therapeutic treatment. But licenses are granted for cultivation and exportation of cannabis for research purposes in Europe. Patients and healthcare professionals across Spain advocate for much-needed regulation that includes the option of self-cultivation as well as access to good quality, affordable products.

The Medical Cannabis Models Worldwide event helped to galvanize wider conversations and build community at, coincidentally, the last cannabis-related gathering before the COVID-19 lockdown began. The International Cannabis Business Conference scheduled for the following day was canceled, along with Spannabis, which had 25,000 anticipated attendees.

Due to Spannabis being canceled two days before it was scheduled to begin, many would-be attendees found themselves in Barcelona and gravitated towards the Cannabis Social Clubs (CSC). While there isn’t an overarching medical cannabis law in Spain, CSCs are private, non-profit organizations where cannabis is grown as a collective and distributed to registered members. These clubs provide a public health-centered alternative to large-scale retail cannabis markets. CSCs are most strongly concentrated in the Catalonia region of the country and act as a meeting space for the community. The clubs are invite-only and permit on-site consumption. For further information on the CSC model read the 2019 study from ICEERS. 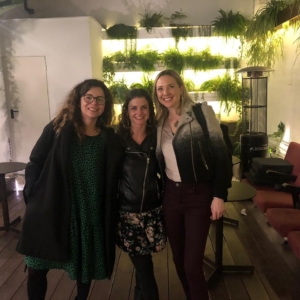 SCC representatives were able to connect with several attendees after the Medical Cannabis Models gathering. Dr. Facundo Alvarez, a physician from Argentina who practices cannabinoid medicine, shared insight on Argentina’s medical cannabis climate. The country’s law was passed in 2017 and allows cannabis oil to be given to patients in need. The downside is that the law hasn’t been fully implemented and has left research institutions without funding. The importation of products such as Charlotte’s Web is only permitted for those with refractory epilepsy, and leaves many patients with other conditions without the ability to obtain cannabis. This has led many patients to grow their own product, and caused a surge in ordering products online that do not abide by regulations or quality control.

There is a large network of Argentinian cultivators, patients, and doctors that advocate for legislation to enable better patient access and allow universities to conduct research. Despite these challenges, Dr. Alvarez reports that he and his colleagues are seeing positive clinical results in a majority of patients, which demonstrates the therapeutic potential of the plant and a need for regulatory models that allow them to research it.

Other would-be Spannabis goers continued to gather at Barcelona’s cannabis clubs until many of them shut down due to the nationwide COVID-19 quarantine that was enacted across Spain on March 15th. This led to the mandatory closure of CSCs which caused many club members to stock up beforehand or left them to procure it via the illicit market. The Spanish government only considered supermarkets and pharmacies “essential services”, and CSCs were not classified as such (despite tobacco shops and liquor stores remaining open). One club decided to remain open and was subsequently raided by the local police, even while implementing special sanitary measures.

It is clear that folks who frequent CSCs will have problems with access during the COVID-19 lockdown. With much of the world on a global quarantine, it brings into question how patients will be able to obtain cannabis given that many regions do not acknowledge it as the essential medicine that it is.