Physicians-in-training are not prepared to prescribe medical marijuana.

Published in Drug and Alcohol Dependence

METHODS:
We conducted a national survey of U.S. medical school curriculum deans, a similar survey of residents and fellows at Washington University in St. Louis, and a query of the Association of American Medical Colleges (AAMC) Curriculum Inventory database for keywords associated with medical marijuana.

CONCLUSIONS:
Our study highlights a fundamental mismatch between the state-level legalization of medical marijuana and the lack of preparation of physicians-in-training to prescribe it. With even more states on the cusp of legalizing medical marijuana, physician training should adapt to encompass this new reality of medical practice.

Pros and Cons of the Cannabinoid System in Cancer: Focus on Hematological Malignancies 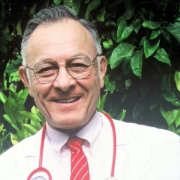